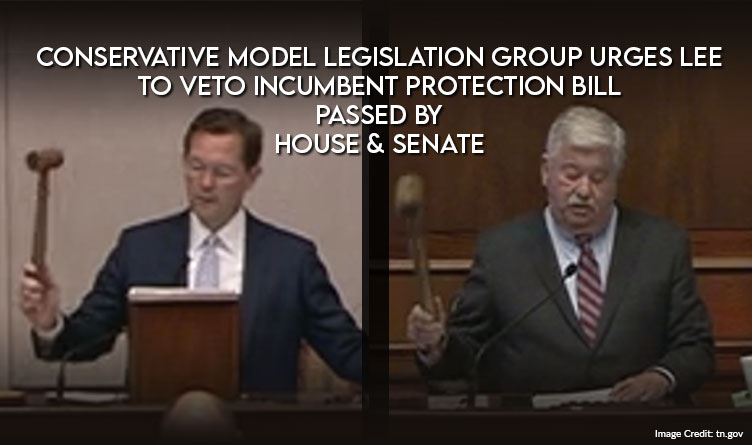 ALEC Action, advocacy partner of the American Legislative Council, has sent a letter to Tennessee Governor Bill Lee strongly urging him to veto legislation that, once made law, could trigger nonprofits to disclose the names of their donors.

Buried deep within a larger ‘campaign finance reporting bill’ is the section that concerns ALEC Action as it applies to 501(c) 4 non-profits, like themselves.

House Bill 1201, sponsored by House Speaker Cameron Sexton (R-Crossville-District 25 ) and Senate Bill 1005,  sponsored by Lt. Governor Randy McNally (R-Oak Ridge-District 5), sets forth a number of campaign finance guidelines. The concerning portion of the bill would require nonprofit 501( c) (4), 501 ( c) (5), and 501 ( c) (6) organizations to report any expenses in excess of $5,000 within sixty days of an election if the candidate’s name or image is included.

The most recent amendment to the legislation that ‘made the bill’ was voted on and passed by both the House and Senate.  The final amendment came about as a result of a disagreement between the two chambers on previous amendments’ content.  A committee revised portions of the amendment and the chambers voted in favor.  The amended section that applies to non-profits reads as follows:

(A) The organization expends an aggregate total of at least five thousand dollars ($5,000) in organizational funds, moneys, or credits for communications that expressly contain the name or visually depict the likeness of a state candidate in a primary or general election; and

(B) Such expenditures or communications occur within sixty (60) calendar days immediately preceding a primary or general election in which the named or visually depicted candidate appears on the ballot.

(3) As used in this subsection (b), “communications” does not include:

ALEC Action voices concerns in their letter that the legislation could result in nonprofits identifying their donors.

This concern is shared by other groups such as Americans for Prosperity and the National Rifle Association.

Tori Venable of Americans for Prosperity stated that the reference above to TCA 2-10-105(c)(1) and (h) could lead to confusion and/or trigger donor disclosure of non-profits.

“They could have removed (h) or added the specific part of the code that referred to the timing of filings. They simply chose not to,” Venable said.

The National Rifle Association agreed that Tennessee Code referenced in the legislation (TCA 2-10-105(c)(1) and (h) ) could create confusion and trigger donor disclosure as that portion of the current law requires donors to be included in reporting.

Sponsors and Cosponsors of the bill argue that the portion of Tennessee Code referred to above was included solely to designate the timing of the reporting and that nonprofits are not required to disclose their donors.  However, the legislation itself does not make that clear.

The ALEC Action letter to Governor Lee, acquired by TNJ: On the Hill, reads as follows:

ALEC Action writes with strong concerns regarding S.B. 1005/H.B. 1201. Given the extremely ambiguous language, low thresholds for expenditure reporting, and what would likely be unconstitutional requirements of compelled donor identity disclosure, we strongly encourage you to veto this legislation.

This bill requires organizations designated as tax-exempt by federal law, including 501(c)(4)s, (5)s and (6)s, to report their expenditures to the Tennessee Registry of Election Finance after certain communication and financial thresholds are met. This non-profit reporting requirement is triggered after a financial threshold in the aggregate amount of only $5,000 is met and when spent towards certain communications 60 days before an election, however, this legislation fails to provide a clear definition of qualifying communications. If enacted, this legislation would implement an extremely broad, unclear, and dangerous state registry dragnet targeting non-profit organizations, many of which are currently engaged in standard issue advocacy. Further, it is unclear how Tennessee agencies and courts will interpret this law, creating a variety of issues for them, the tens of thousands of organizations spread across the political spectrum in Tennessee, and the donors who support them.

The right of philanthropists to keep their giving private is a longstanding constitutional protection that should be respected by states. It is for this reason that ALEC filed an amicus brief in support of a case where the United States Supreme Court upheld these very principles and privacy protections. Further, the proposals in S.B. 1005/H.B. 1201 are inconsistent with ALEC Action principles, such as the Statement of Principles on Philanthropic Freedom as well as the Resolution in Support of Nonprofit Donor Privacy. Referring to a candidate’s position on policy matters should never result in the disclosure of donor information from non-political groups, and legislation should not seek to classify such organizations as entities required to do so. Policy that seeks to address campaign finance issues simply by expanding legal thresholds and reporting requirement windows does not truly address election integrity matters, but instead burdens numerous organizations with onerous reporting requirements, while violating the privacy rights organizations and their supporters are entitled to.

S.B. 1005/H.B. 1201 is a drastic overreach that would encroach on the privacy rights of non-profit organizations and their donors, all while creating a chilling effect on free speech. Because of the consequences of such a proposal, along with its inconsistencies with limited government principles, ALEC Action encourages you to veto S.B. 1005/H.B. 1201.

The legislation, touted by sponsors to be “all about transparency,” started its life as an obscure, generically-worded caption bill back in February 2021, but was altered in April 2022 with a 15-page amendment that made the bill.

The legislation has now undergone several additional amendments/changes and has been passed by the House and Senate.  It is now enrolled and ready for the signatures of House Speaker Cameron Sexton and Lt. Gov. Randy McNally.  Once the speakers of the chambers sign off on the bill, it will be transmitted to Governor Lee to be signed into law, vetoed, or allowed to become law without his signature.

In his time in office, Lee has never vetoed a bill, but he has allowed several to become law without his signature including recent legislation concerning truth in sentencing, regulation of homeless encampments and recognition of acquired immunity to COVID-19. 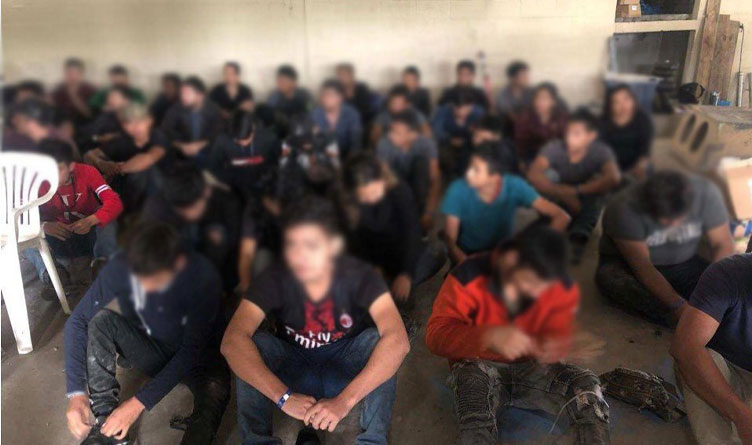