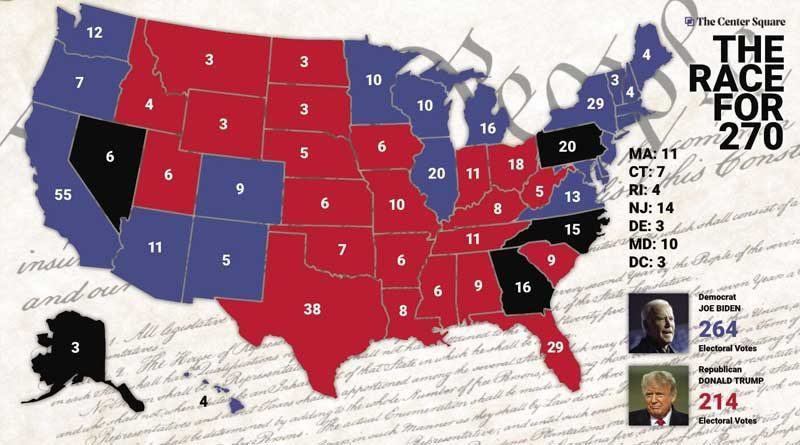 The former vice president held a 264-214 electoral vote advantage over President Donald Trump Wednesday evening, according to The Associated Press, with at least 270 needed to secure the victory.

Trump maintained his leads in the remaining uncalled battleground states of Pennsylvania, North Carolina and Georgia, but Biden-leaning Nevada’s six electoral votes would be enough to push him over the top. Nevada still had not been called as of Wednesday night.

Before Michigan was called for Biden, the vice president said he was on a path to becoming the next president of the United States.

“Now after a long night of counting, it’s clear that we are winning enough states to reach 270 electoral votes needed to win the presidency,” Biden said at an afternoon rally in front of supporters. “I’m not here to declare that we have won, but I am here to report when the count is finished, we believe we will be the winners.”

Trump isn’t going down without a fight, however.

Trump hasn’t conceded the race and isn’t expected to do so any time soon. His campaign earlier Wednesday filed suit against Michigan to halt the count of mostly mail-in ballots there, saying it hasn’t been given access to oversee the count in a number of locations.

And the campaign said it will enter a case challenging Pennsylvania’s mail-in vote extension that was not legislatively approved, asking the U.S. Supreme Court to rule on what it called an illegal change in voting rules by the Pennsylvania secretary of state.

The Trump campaign also said it would seek a recount in Wisconsin, claiming irregularities in vote counts there. 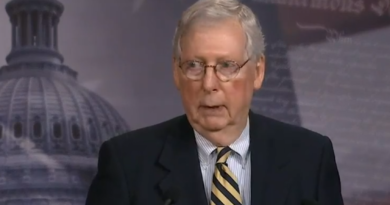 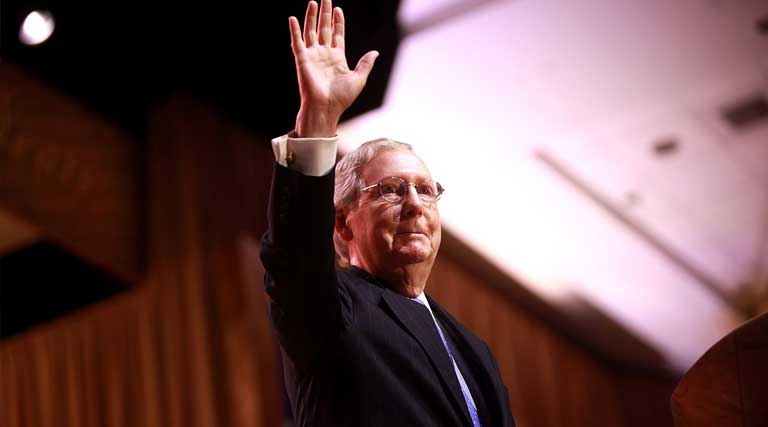