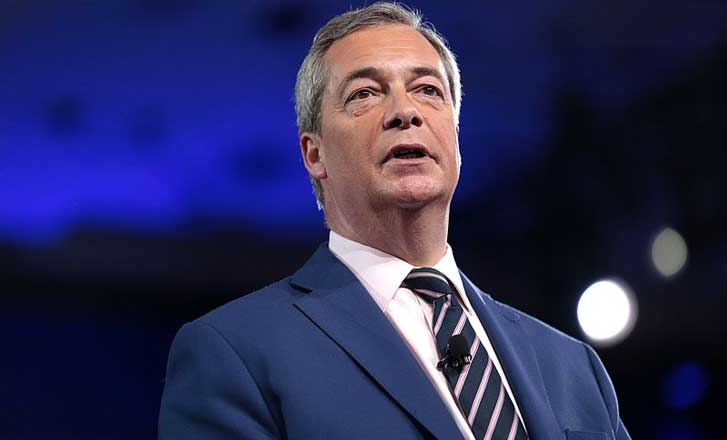 Photo: Nigel Farage, a former member of the European Parliament, head of the Brexit Party and supporter of Donald Trump.

Former British politician and conservative grassroots organizer Nigel Farage is touring the U.S with FreedomWorks to breathe life back into conservatives after what he called a “pretty rotten six months” since Democrats reclaimed the Oval Office in January.

The former UK Independence Party leader and architect of the country’s “Brexit” from the European Union is the headliner of the Washington nonprofit’s “America’s Comeback Tour,” which has visited nine cities with planned appearances in four more.

Farage spoke to The Center Square via phone on Thursday shortly before he was to speak to a crowd near Dallas. The interview has been edited for brevity:

You’ve teamed up with FreedomWorks on a tour of the U.S. to “reinvigorate the conservative movement.” Why do this now?

For the conservative movement, it’s been a pretty rotten six months, the equivalent to a period of mourning. Ever since the election, their guy gets 75 million votes and doesn’t win, there were a lot of questions and doubts about election integrity, awful division in American cities, and a lot of proposals from the Biden Administration, which could mean taxes going up and possibly some quite big changes to the makeup of the Supreme Court and many other things. Lots of reasons why Republicans have been feeling down.

So, the timing of this is really perfect because my story to them is, ‘Look, [British conservatives] went through a very depressing period in 2019. We’d had a Brexit referendum nearly three years before, and it hadn’t been delivered. It looked for all the world like it was never going to be delivered.’ We staged a massive, massive grassroots fight back against that. And now not only do we have Brexit, but the socialist Labour Party in England is unconscious on the floor. So we managed to turn this around.

Many of my colleagues were very depressed and down at the time, I wasn’t. And I think that this is now the moment to end the period of mourning, and to start getting organized for what are going to be some very important races for the midterms in 2022. The political parallels, and the political cycles, move so much hand-in-glove with each other now, that it’s extraordinary. Our politics and American politics tend to move in very similar cycles. Frankly, one of the reasons that the Labour Party in England is in the weakest position it’s almost ever been is because it went too far to the left, embraced identity politics, and its leader took the knee to [the Black Lives Matter movement.] It has joined voices condemning and criticizing the history of the United Kingdom, the things that it stood for and the things that it’s done in the past. And in doing so, it has alienated a large chunk of traditional working-class voters in industrial and post-industrial areas. In my opinion, the conservative Republican movement has a very, very similar opportunity.

You came to the states both amid and now in the waning stretch of the COVID-19 pandemic. Tell me about what you’ve seen in your travels between those two periods. Has it differed by state?

Just as it is back at home on my side of the pond, increasing frustration at the length of time when a normal economy is not functioning and where people are forced to wear masks. Great frustration, but clearly massive differences in the USA between the approach taken by Republican governors and Democratic governors. In Florida, I saw normality, albeit with more caution on issues like hand cleaning etc., but I saw normality. In Chicago, I saw a city that was a complete and utter ghost town. The political differences between what the Democrats and the Republicans have done on this is quite amazing to see on the ground. Generally, the mood of people is they want life to get back to normal as quickly as possible.

What governor do you believe has struck the best balance of managing the pandemic while respecting their residents’ personal freedoms?

[Florida Gov.] Ron DeSantis must come up on this. He has done his best to respect everybody’s freedoms and liberties and everybody’s choices. I think he’s emerged from it in a very powerful position.

There’s a whole long list of them. (laughs) No, I’m not going to name the worst now, but, generally, the worst thing I saw was Chicago literally closed.

You’ll be speaking in Arizona, my home state, on May 25. What’s your opinion of Gov. Doug Ducey?

Well, clearly, he is a very senior politician in a lot of ways. I think Arizona is a state where the Republican party has been very conflicted over the course of the last five or six years. The divisions that exist within the Republican Party are there to see very clearly in Arizona, as indeed they are in some ways in Utah. Divided parties don’t tend to do very well, which, I think, tells a bit of the Arizona story.

In Arizona, the statewide races in 2020 that went to Democrats saw them winning over independents, which comprise a third of the electorate, by a broad margin. What’s your conservative message that wins them back in 2022?

It’s going to be primarily a social message. In American cities, just look all around you. American cities are being torn apart. The idea that, somehow, Trump brought division to America, it simply isn’t the case. The divisions are getting even worse now that he’s not in the White House. I think that a strong conservative message that says, ‘We’ve got to stop dividing people up into separate groups, start treating people a bit more equally.’ That, combined with a really big message on the border, that’s the key. Even though economics has always mattered in politics, I think it is the social and cultural issues that matter even more at this moment in time. Clearly, the southern border is under invasion every single day. The challenge for the Republicans is to come up with a credible solution.

Moving forward, what effect do you think executive orders amid the pandemic will have on Americans and their relationship with governors and government in general?

That’s a slight worry, isn’t it? If you have a country that is increasingly run by presidential decree, how much scrutiny, how much public debate, how much genuine democracy is going on? I think things like that will become a very important election issue.

You’ve spoken at length about liberal indoctrination in schools and universities. Predict the effects of the broad movement during the pandemic of parents moving their children to private schools or homeschooling.

One of the shocks for parents whose kids are in the public schools is that, for the first time, they’ve actually seen on their kitchen table the stuff being taught by their teachers at school. A lot of them have been very shocked by it. Education is another one. As I said to you earlier, economics is not dominating policies. These are all social and cultural issues. I think, in terms of education, you’re going to see a lot more parent engagement going on from here, a lot more parents saying, ‘You know what, we’ve got to run for the school board. This simply isn’t good enough, or we’re seeking alternatives for our kids.’

Is Donald Trump going to run for president in 2024?

Wow, that’s, that is a big question. I, my view is that, at this moment in time, the Republican Party doesn’t have anybody with his level of courage, and charisma. People like Donald Trump don’t come along very often. These are very, very unusual people. You might get a Donald Trump and what he’s got every 30 or 40 years. My view is he’s still by far the best bet they’ve got.

Cole Lauterbach is a regional editor for The Center Square covering Arizona, California, Oregon, and Washington. For more than a decade, Cole has produced award-winning content on both radio and television. 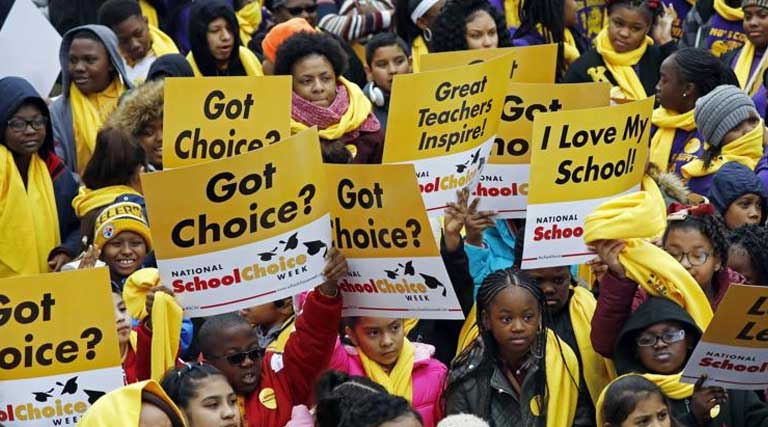 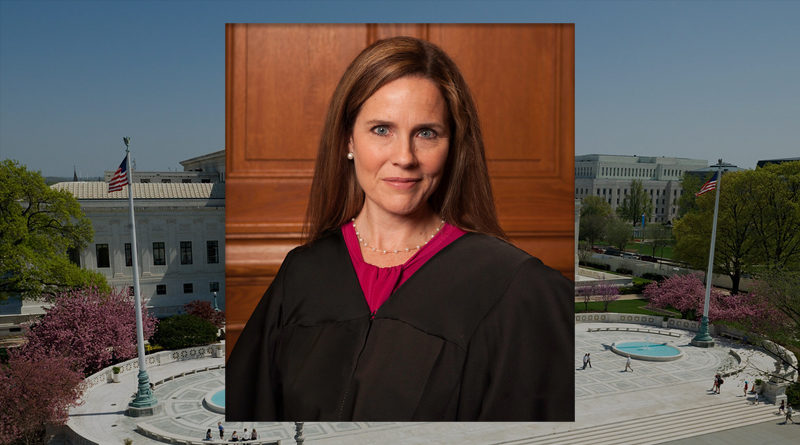 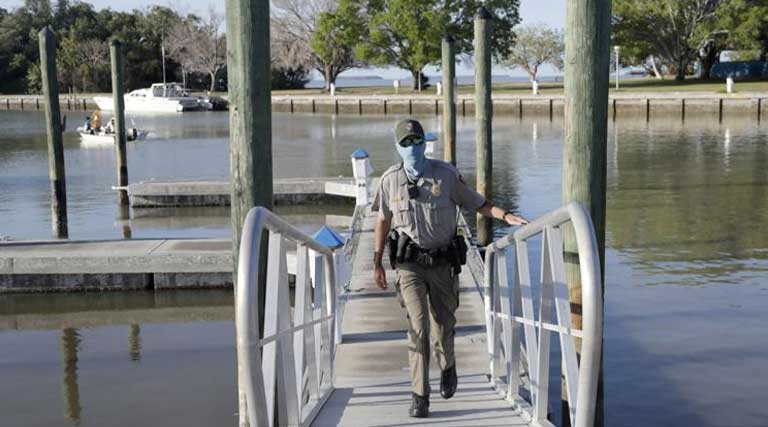