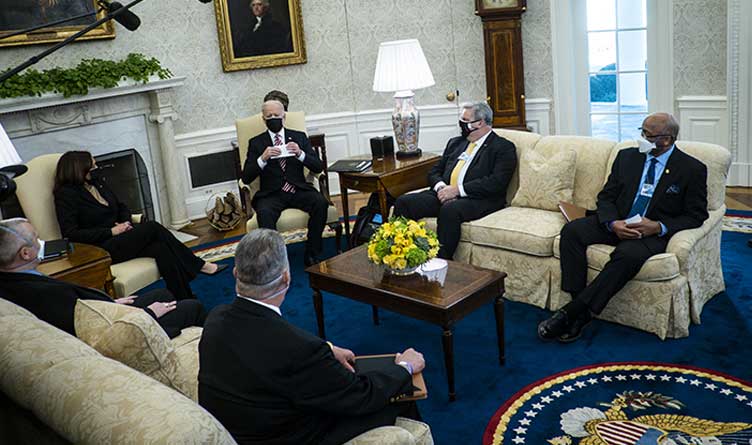 Now, Just Over A Month Into His Presidency, Biden Is Poised To Make Good On His Campaign Promises To Workers And Unions. On Tuesday, He Hosted 10 Union Leaders At The White House To Discuss His Hallmark American Rescue Plan And Infrastructure Projects.

Photo:  President Joe Biden, along with Kamala Harris meets with Union Leaders at the White House.

The Center for Responsive Politics [By Alyce McFadden] –

President Joe Biden launched his third bid for the White House from a Teamsters’ hall in Pittsburgh, two years ago this April.

“I make no apologies. I am a union man. Period,” he said.

Over the next 19 months, Biden also became the union candidate. Labor organizations contributed $27.5 million to his campaign and other groups that supported him. His opponent, former President Donald Trump, took in less than $360,000 from those with labor ties.

Now, just over a month into his presidency, Biden is poised to make good on his campaign promises to workers and unions. On Tuesday, he hosted 10 union leaders at the White House to discuss his hallmark America Rescue Plan and infrastructure projects.

“Every once and a while as president, you get to invite close friends into the Oval,” Biden told the White House press pool after the meeting. “

Richard Trumka — president of the AFL-CIO, the largest union in America — told Axios’ Jonathan Swan that he’s optimistic about Biden.

“He still identifies as a blue-collar guy …. He doesn’t aspire to be accepted by Wall Street. He is what he is, and that is a genuinely good human being that cares about working people,” Trumka told Axios.

Still, unions aren’t backing down now that they have an ally in the White House.

In an ad released Tuesday, the Service Workers International Union highlighted a campaign-trail clip of Biden declaring his support for a $15 federal minimum wage, ratcheting up the pressure on the president to make good on his promises.

The wage hike is currently a part of the Administration’s hallmark COVID-relief package, and a priority for progressive Democrats whose support Biden needs.

However, Biden warned that the $15 minimum wage might be on the chopping block as Democrats negotiate with centrist members of their own party who argue that passing a wage increase during the budget reconciliation would violate the Byrd rule.

Biden took $1.3 million in direct contributions from labor PACs and those affiliated with unions during his 2020 campaign. But he benefited from far more in unions’ outside spending.

Unions have always favored Democrats, but how unions raise and spend money in elections is changing dramatically. Last year, labor groups spent $70.7 million on direct contributions to Democratic candidates and party committees, but that’s a fraction of the $244.8 million labor organizations contributed in total during the election cycle.

A much larger sum — $166.4 million — went to outside groups, including liberal super PACs like Working for Working Americans and Priorities USA. Union contributions to outside spending groups has risen dramatically since 2014, even as their direct contributions to candidates and party committees have stayed relatively steady.

Biden won his first Senate race in 1973, when about a quarter of workers in Delaware were part of a union. When he launched his 2020 presidential campaign, only 10.5 percent of workers nationwide were in unions.

“[Union members] vote at higher rates than most Americans, they are mobilized, they are in important states,” Paul Frymer, a Princteon political scientist who studies labor movements, told Vox. “The union movement is a big part of the Democratic Party — there isn’t another mobilized coalition like it. They are the biggest civil rights movement in the country.”

Biden may not have seemed like the natural frontrunner in the intra-party bid for labor support during the Democratic primaries — he helped pass trade negotiations during his eight years as vice president that are roundly loathed by workers and union leaders alike.

Some of his primary challengers, including Sens. Bernie Sanders (I-Vt.) and Elizabeth Warren (D-Mass.), attacked Biden on that front and tried to frame their progressive wing of the Democratic party as the natural ally of the future of the American labor movement.

Biden’s appeal took a different approach, targeting the approximately 12 percent of white union members who backed former President Barack Obama in 2012 but broke for Trump in 2016.

Time and time again, Biden reminded voters of his roots in Scranton, Pa., an industrial city with a long history of union organizing and labor strikes.

“Strong unions built the great American middle class. Everything that defines what it means to live a good life and know you can take care of your family … is because of workers who organized unions and fought for worker protections,” the website reads.

A ‘working class guy’ in the Oval Office

Almost a month into his presidency, Biden is shaping up to make good on his promise. In an interview aired on Feb. 7, Trumka called Biden “a working class guy” who identifies with workers rather than “coming from a Wall Street lens.”

“Biden has surrounded himself with people that are worker-friendly, so that in the multitude of decisions that are made every day without the president being involved, they’re going to think about the impact it has on workers,” Trumka told Axios.

Biden tapped Marty Walsh, one such labor ally, to be his administration’s Labor Secretary. At 21, Walsh joined Laborer’s Union Local 223, and served as local president and then president of the Boston Building and Construction Trades Council until announcing his candidacy for mayor of Boston in 2013. He won and passed a slew of worker protections, including a $15 minimum wage and paid family and sick leave.

If he is confirmed by the Senate, Walsh will be the first card-carrying union member to lead the U.S. Department of Labor since Gerald Ford’s administration.

In his Senate confirmation hearing on Feb. 4, Walsh told members of the Senate Committee on Health, Education, Labor and Pensions that he would revitalize the beleaguered Occupational Safety and Health Administration and issue guidance on the legal classification of gig workers. That includes Uber drivers and Instacart shoppers who are currently considered independent contractors rather than employees, which allows employers to withhold benefits regardless of how many hours a week workers spend on the job.

Walsh also indicated his support for the PRO Act, a sweeping overhaul of labor law sponsored by Sen. Patty Murray (D-Wash.). The bill overrides so-called “right to work” laws that prohibit unions from collecting fees from non-member workers who benefit from collective bargaining and other union-led negotiations. It would also prohibit certain union-busting practices and give the National Labor Relations Board, the body that decides disputes between workers and employers, greater punitive and enforcement powers.

Biden supports the PRO Act, though as president he has not made its passage a stated priority nor has he publicly committed to championing it.

During the 2020 general election, Biden and Vice President Kamala Harris campaigned against California’s Proposition 22, a ballot measure that formally classified gig workers as independent contractors and overturned a 2019 law passed by the state’s legislature. Prop 22 passed by popular vote in the state, but Biden, Congress or the NLRB could take action at the federal level, superseding the California measure.

However, not everything Biden has done in his first month in the Oval Office has pleased labor leaders. In one of his first acts, Biden signed an executive action that canceled the Keystone XL pipeline, a controversial project that would have constructed more than 1,200 miles of piping through the American West.

Some unions joined Republican and moderate Democratic lawmakers in decrying the action, which they say will cost thousands of jobs, many of which would have been unionized. Biden says any job loss will be offset by the creation of other opportunities in the renewable energy sector, but Trumka of the AFL-CIO remains unconvinced.

“If you’re looking at a pipeline and you’re saying we’re going to put it down, now what are you going to do to create the same good-paying jobs in that area?” Trumka told Axios.

Despite unions’ gripe with Biden’s pipeline decision, the current administration could not be more different than the last. Trump’s last labor secretary, Eugene Scalia, was a corporate lawyer who represented employers in labor disputes with workers and unions.

At the time of his 2019 nomination, Trumka said, “it is insulting and dangerous that lifelong union-buster Eugene Scalia is the country’s top labor official.”

Trump nominated three “employer-side” members to the NLRB, giving businesses a distinct majority on the five-member board, which currently has one vacant seat.

An analysis by the Economic Policy Institute found that Trump’s NLRB members sided with the pro-business Chamber of Commerce in 10 key issue areas, based on a 2017 “wishlist” published by the Chamber. The board also undercut unions’ ability to organize outside of business hours and allowed gig workers to be classified as independent contractors.

During his very first day in office, Biden fired Peter Robb, the Trump-appointed general counsel for the NLRB, a position that acts as the board’s investigator and prosecutor.

In 2018, Robb attempted to reshuffle regional labor relations boards, a move regional directors said would severely hamper their ability to do their jobs.

Jennifer Abruzzo, a lawyer for the Communications Workers of America will replace Robb, Politico reported Tuesday. Biden also requested the resignation of all 10 Trump appointees on the Federal Service Impasses Panel, which is charged with adjudicating labor disputes between workers and the federal government. Two panel members refused to step down and were promptly fired. 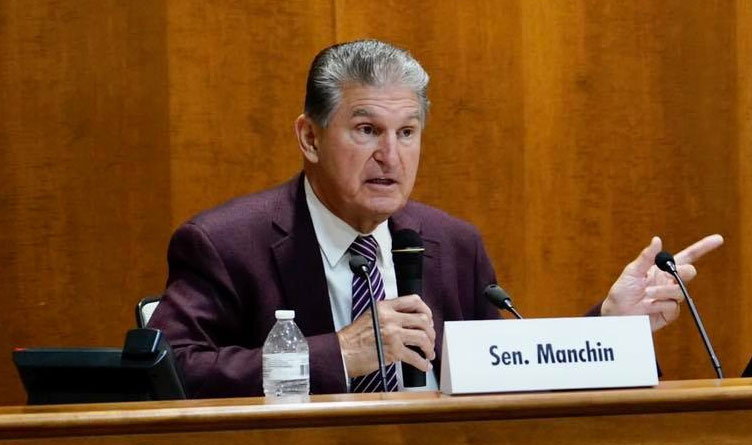 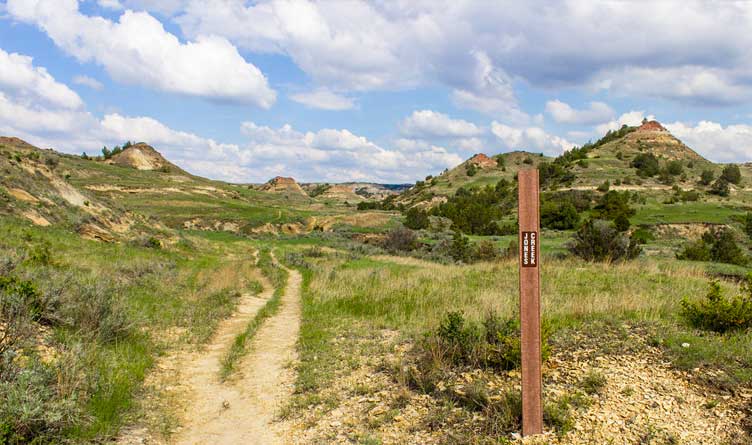 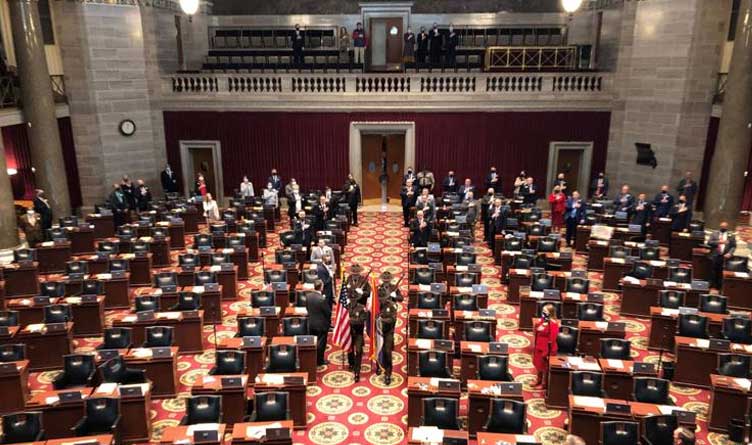