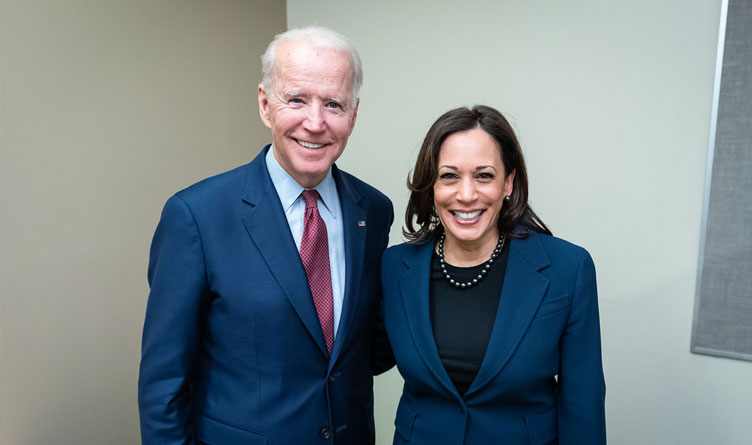 As We Watch Our Nation Continue To Implode, It’s Critical We Solve The Mystery: Who Is In Charge In Washington? Since The DNC Obviously Won’t Let Biden Appear In Public Without His Shadow Vice President Kamala Harris, Americans Should Be Deeply Concerned Who Is Running Their Republic. Biden’s Transformation From Moderate Liability To A Card-Carrying Progressive Was Well Planned And Executed By A Consortium Of Washington Insiders Headed By John Kerry And Susan Rice. They Will Continue To Prop Biden Up And Feed Him Cue Cards Until His Surrogate In Training, VP Kamala Harris, Is Ready To Assume Command. This Will Give Them Another Progressive Marionette For Eight Years.

“Ya know, reality has a way of intruding. Reality eventually intrudes on everything.”

During last year’s Democratic primaries when everyone fumbled the ball, the leftist voters turned to socialist Bernie Sanders. Although the DNC figured Sanders would fizzle with baseline Democrats, they misread their comrades. When Sanders won California and Nevada, they hurriedly regrouped. Their strategy was to pair Joe Biden with a babysitter VP, and use them as their progressive shills.

When President Joe Biden speaks, it’s hard not to recall President Abraham Lincoln’s famous refrain, “you can’t fool all of the people all of the time.” As we watch our nation continue to implode, it’s critical we solve the mystery: who is in charge in Washington? Since the DNC obviously won’t let Biden appear in public without his shadow Vice President Kamala Harris, Americans should be deeply concerned who is running their republic.

In 2006 when the DNC needed to revitalize their electorate, John Kerry came up with a plan to bury the GOP for decades and steal the hearts of the liberal media. He handpicked a little known party loyalist from the U.S. Senate, Barack Obama, for their Democratic candidate in the 2008 election.

Since Obama’s only claim to fame was his work as an ethnic community organizer in Chicago, he needed a crash course in U.S. government. So John Kerry chose longtime Washington political insider, leftist Susan Rice, to tutor him. And she cloned him into a leftist Beltway hack.

“Nobody knows everything. Not even me. I learn something new everyday.”

Outspoken loose cannon Susan Rice, who had no political background, began her political career as a National Security consultant and Secretary of African affairs under President Bill Clinton. She was not only assigned to train Obama, but was ordered to stick with him like glue while he was in office.

An aggressive opportunist, Rice rose quickly through the progressive ranks. Obama made her his Secretary to the UN. In 2013, he appointed her National Security Adviser, making her one of the key figures in Washington. That high profile position exposed her tactlessness and arrogance.

In late 2020, over 200 progressive black women activist leaders wrote a letter to Biden’s campaign mandating he choose a black woman as a running mate if he was nominated. They scribed, “It is time that black women are appointed to the highest positions in the federal government today.”

Biden and the DNC, hungry for a victory, also felt having any black woman on the ticket would bring out the black voters that had remained home in 2016. After months of looking under every rock in America for a black woman candidate, Biden had two finalists: Senator Kamala Harris, and Susan Rice.

“I’ve always thought there was a place for qualified black women in politics.”

With many politically savvy black women in America such as Condoleezza Rice, Vivian Childs, and Candace Owens, Harris and Susan Rice were the least qualified to be VP. This proved that the left has no concern for America since Biden is stumbling daily and his VP could be the president any day!

Susan Rice’s record made her unelectable. She claimed the Benghazi attack that killed four Americans was in response to an internet video when it was a planned terror attack. She helped release five terrorists from Gitmo. A grand jury investigation found Susan Rice used her office to spy on the Trump campaign in 2016. She also unmasked key American security informers. She defended the Army sergeant Bowe Bergdahl, who was convicted of desertion while he was stationed in Afghanistan!

Although the DNC was not pleased with Harris’s personal and political baggage, or Susan Rice’s pious rudeness and use of “off color language,” they reluctantly told Biden to choose Harris. Rice’s record and her guttural crassness were non-presidential, and they had much bigger plans for her.

While UN diplomats and U.S. officials who dealt with Susan Rice felt she had learned a great deal about foreign policy “theory” at Stanford, she won no popularity contests with foreign dignitaries or UN diplomats. The UN Security Council claimed she was “undiplomatic, uncouth, and disrespectful.”

“These f****ing people we’re dealing with will never get the f****ing big picture right!”

Rice grew up in Washington D.C. hoping to be the first black woman senator in Congress. Step father Alfred Fitt, an attorney at the Congressional Budget Office, helped her gain prominence in Washington. She became known as a “merciless go-to” dedicated beltway progressive Democrat.

John Kerry also grew up in Washington, D.C. He’s been an insider for his party since 1982. It was Kerry who brought Susan Rice with him into the Obama Camp to assimilate Obama into the leftist Washington “good ol boys club.” Both Kerry and Rice steered the Obama regime for eight years.

It is no secret that Joe Biden’s entire administration is made up of Obama retreads. That was the plan by the DNC long before he was gifted the nomination. The same two key players who helped to snowball Obama though eight disreputable years in the oval office are babysitting Joe Biden and VP Harris as well.

“In the good old days when I was a senator, I was my own man.”

Kerry and Rice influenced Obama to reorientate the progressive electorate from union members, ethnic minorities, and less educated blue collar workers to more affluent constituencies. These young liberal white-collar professionals were influenced by liberal teachers and universities to support programs such as Obamacare, the climate hoax, redistribution of wealth and class envy.

Plato said, “The measure of a man is what he does with power.” Today Biden is a fading shell of a moderate who was against busing, supported strict incarceration, against federally funded abortion and affirmative action. Again it is Rice who was assigned the duty to baby-sit Biden and orchestrate progressive policy for him. Additionally she has the dubious honor to reinvent the very unpopular, under-qualified, Kamala Harris.

“With me, what you see is what you get.”

Biden’s transformation from moderate liability to a card-carrying progressive was well planned and executed by a consortium of Washington insiders headed by John Kerry and Susan Rice. They will continue to prop Biden up and feed him cue cards until his surrogate in training, VP Kamala Harris, is ready to assume command. This will give them another progressive marionette for eight years.

“The greatest moral claim of the political left is that they are for the masses in general and the poor in particular. That is also their greatest fraud. It even fools leftists themselves.” 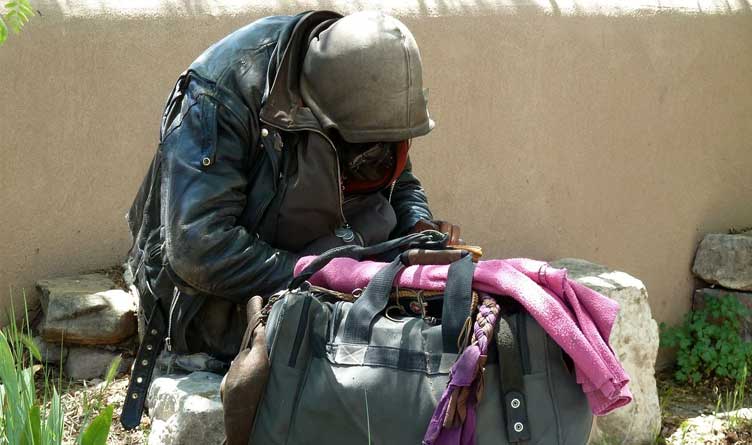 What Can Government Do To Help The Poor? 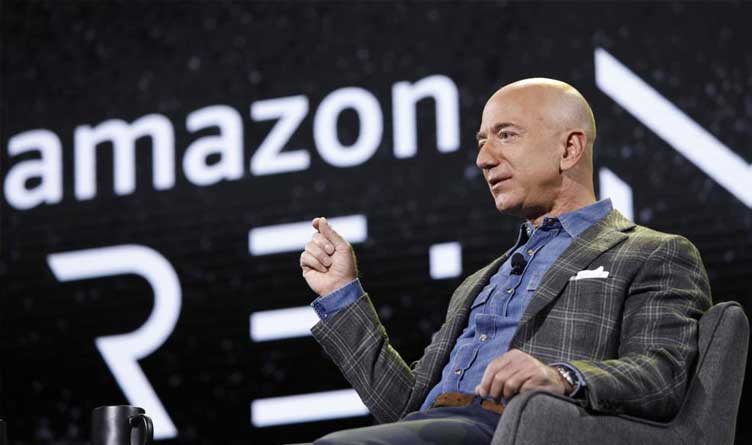 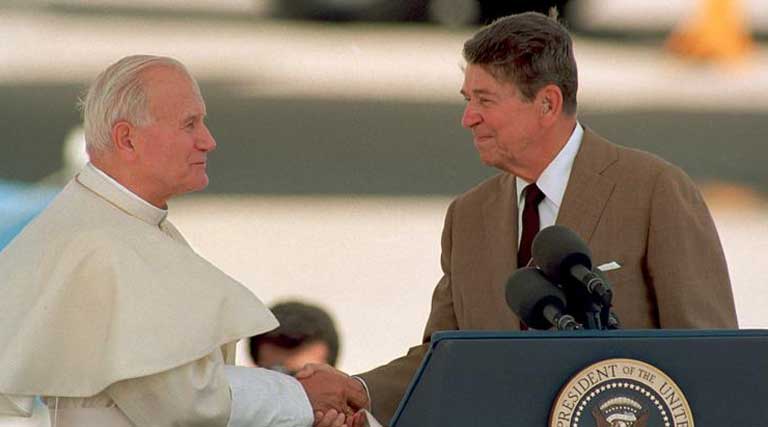 Christmas Restored In The Eastern Bloc By Divine Intervention