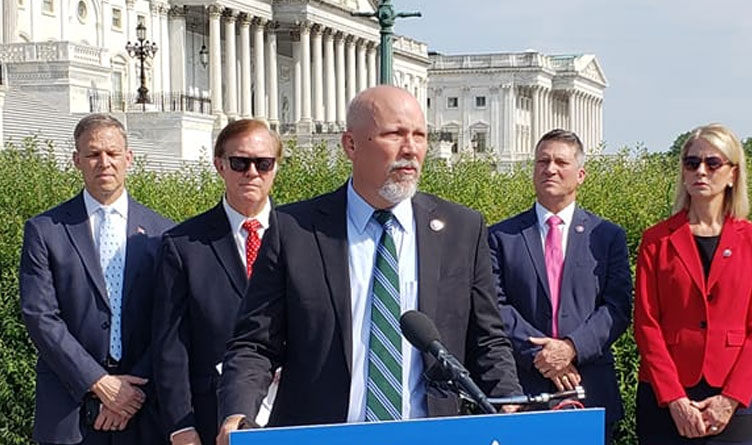 A Former Assistant Attorney General For Texas, Chip Roy Sees It As His Constitutional Duty As A Member Of The Co-Equal Legislative Branch To Balance The Executive: And That Civic Obligation Doesn’t Stop During A Pandemic. For Him, The Role Of The Federal Government Is Simple. Facilitate The Rollout Of Doses, Sure, But Don’t Knock On Any Doors. Leave It Up To The Individual Whether Or Not To Get Vaccinated. Then It Is A Question Of Prudence, Of Weighing Risks-vs-Rewards.

“You know,” U.S. Rep. Chip Roy is telling RealClearPolitics after balking at the administration’s latest COVID vaccine push and after all but telling President Joe Biden to pound sand, “my dad had polio.”

It is a surprising start to the interview given that, about an hour earlier, the congressman tweeted a black-and-white image of a syringe. Federal health officials continue to have a hard time getting all Americans vaccinated against the coronavirus, and Biden had promised to send people “door-to-door” to get doses to the vulnerable. For Roy, that is when the president went too far. Hence, the cartoon syringe, a play on the famous “Come and Take It” flag, this time with an updated caption – “Come Inject It.”

Merchandise branded with that slogan will be available soon on his campaign website, but as the second-term Texas Republican explains while driving along Interstate 10 somewhere in south Texas, he knows the importance of inoculation. He saw what can happen without them.

“I grew up and I watched him live a life ravaged by that disease,” Roy says of his father. “I’m very pro-vaccine.”

The congressman calls the vaccine that banished polio “a great blessing.” He is “delighted” that children no longer have to worry about that debilitating disease. “Likewise,” Roy adds, “I’m delighted there are millions of people who are able to avail themselves of a [coronavirus] vaccine that they believe, in their calculation, is good for them and their well-being. That is great.”

He’s ticked off all the same. “I’m just sick and God-darn tired of the left, and this government, dictating to me, frankly, anything at all,” he says. “Back the F off. That’s my message to the White House.”

Roy predicted that “the left is going to lose their ever-loving collective mind” over his criticizing the White House. “They are going to call me an anti-vaxxer.” He says they are wrong, that it is intellectually consistent to support a vaccine but also oppose a federal campaign to convince the public to take it because, “What I really am is a believer in freedom.”

Asked for a response to the congressman, a White House official texted back: “lol no.” Roy’s sentiments are still indicative of the kind of vaccine hesitancy among conservatives that the White House is trying to tackle. A new Washington Post-ABC News poll showed that while 93% of Democrats report that they have either gotten the shot or plan to, just 49% of Republicans say the same. This comes as vaccination rates are leveling off nationally and an easily spread new variant of the virus originally from India has taken hold in the United States.

Federal officials are now switching their focus from mass vaccination sites to localized vaccination efforts. This means setting up clinics at workplaces, urging employers to give employees paid time leave to visit their doctor, and, yes, going door-to-door.

“Now we need to go to community by community,” the president said Tuesday, “neighborhood by neighborhood, and oftentimes door to door – literally knocking on doors – to get help to the remaining people, protected from the virus.”

Biden has stuck with the persuasion route, and his administration, after considering but ultimately abandoning the idea of vaccine passports, has shied away from anything close to a vaccine mandate. He declined to require active-duty members of the military get the shot, and the White House issued guidance to federal agencies directing them not to require their employees be immunized. Asked about public schools and private companies requiring vaccination, White House press secretary Jen Psaki told reporters, “We are going to leave it up to them to make these decisions.”

Some public health experts want the president to be more aggressive, as the New York Times reports, and encourage states and employers to require vaccinations. “I’m trying to restrain myself, but I’ve kind of had it,” former Health and Human Services Secretary Kathleen Sebelius told the Times. “You know, we’re going to tiptoe around mandates. It’s like, come on. I’m kind of over that. I want to make sure that people I deal with don’t have it so I don’t transmit it to my granddaughter.”

A brow-beating former Obama administration official isn’t going to win over recalcitrant Republicans. Someone like Tom Frieden, the former director of the Centers for Disease Control and Prevention, just might though.

That was one finding from a focus group hosted by longtime Republican pollster Frank Luntz. Over a Zoom call, Luntz introduced Frieden to self-identifying Trump voters wary of the vaccine – deliberately omitting the part about him heading the CDC during Obama’s administration. Frieden then rattled off “five facts,” among them that the vaccine will not remain in your body and that “more than 95% of the doctors who’ve been offered this vaccine have gotten it as soon as they can.”

Many of the participants seemed open to Frieden, and some said he changed their mind. The group overwhelmingly felt, as one man in the focus group explained, that, “We want to be educated, not indoctrinated.” The Luntz takeaway? Politicians probably won’t be able to sell the vaccine to the portion of the public that’s already hesitant. But physicians might. Asked about the Biden door-to-door vow, the GOP pollster told RCP, “I’m not sure if I like the strategy, but I certainly appreciate the passion and the commitment.”

What he can’t stand is partisanship infecting public health: “It’s essential to keep politics out of the vaccine effort,” he added. “Unfortunately, that has proven to be impossible. It’s a tragedy that some people refuse to act responsibly just because they want to make a political statement.”

Pandemic politics were a feature of 2020, whether it was President Donald Trump calling Democratic criticism of his handling of the virus “a hoax,” or Kamala Harris on the debate stage with Mike Pence questioning the safety of a future vaccine. Pandemic politics, unsurprisingly, continue to be a thing in 2021.

“Please get vaccinated now. It works. It’s free,” Biden said at the White House Tuesday. “It’s never been easier, and it’s never been more important. Do it now for yourself and the people you care about, for your neighborhood, for your country. It sounds corny, but it’s a patriotic thing to do.”

And that is where Roy objects. He likened Biden’s red-white-and-blue routine to “wrapping a supposed duty in the name of public health in the flag,” and provides a rebuttal in kind: “Freedom to choose what is in your best interests and your family’s best interest – that is the most patriotic thing we can do.”

Rattling off how the CDC flip-flopped on mask wearing then relating how critics insisted a vaccine wouldn’t be developed before the end of the year, Roy also said Democratic obsession with vaccination is like “a religion.”

“They live-and-die by political moment and the power of government versus trying to live as a free people respectfully to each other, taking care of each other,” he asserted. Well, what is the correct disposition of government during a health emergency then? “The answer is always freedom,” Roy answers. “That’s the answer for all the things. And unfortunately, our country is moving away from that and until we return to that our country is going to be divided.”

He raises questions about possible long-term side effects of the vaccine, especially the rare inflammation of the heart that has occurred in teens and young men under 30 which the CDC is now investigating. But he won’t say whether or not the shot went into his own arm. And the congressman, who even urged the Biden administration to set up a vaccine “super site” in San Antonio, argues that the federal government should just leave the issue alone already.

Roy isn’t the only who feels that way. Biden stepped on a veritable rake of Republican backlash when he suggested that the federal government would go “door-to-door” to get people vaccinated. But Roy is becoming increasingly prominent on the right. The Associated Press recently dedicated an entire story to a secretly recorded video of the congressman talking to his constituents on a Southwest Airlines flight. Roy wasn’t wearing a mask, the AP reported, “an apparent violation of federal law.” It was less than three-minutes long.

“The AP thinks they’ve done some great service to humanity by exposing the great crime of the century, ‘Congressman Roy having his mask down,’” he jokes. After the story ran, Roy tells RCP that people wrote him just to say thank you. The report “was massively well-received in my district,” he says, estimating that it was “probably the equivalent of a $500,000 ad for me running in my district.”

There is an appetite for the cantankerous Texan’s kind of politics, says Jessica Anderson, an alumnus of the Trump White House and the executive director of Heritage Action for America. “He is the best kind of legislator, because he stands on principle and doesn’t worry about whether he will come back,” she said. He certainly doesn’t mind controversy.

Another video, this one also secretly recorded, showed Roy telling conservative activists that Republicans would benefit from obstructing the president’s agenda, specifically creating “18 more months of chaos and the inability to get stuff done.”

“Well yeah, I mean, that’s our job. I totally disagree with everything Democrats are trying to do to my country, so of course I oppose it,” he deadpanned when asked about the online outrage his leaked comments sparked. He opposes Biden on everything from the president’s gender identity executive order to the administration’s proposed energy policy.

“I’m an equal opportunity basher of virtually everything that occurs in Congress – on both sides of the aisle,” says the congressman. That is sometimes true, even if it isn’t politically expedient. Roy was one of the rare House Republicans who split with his own party and voted to certify the 2020 election results. Citing his many policy differences with Biden, the conservative says, “It’s not a surprise when I say I’m sorry, I’m generally against what you numbskulls are doing. I want to try to stop you from inflicting more damage on my country and the people I represent.”

A former assistant attorney general for Texas, Roy sees it as his constitutional duty as a member of the co-equal legislative branch to balance the executive: And that civic obligation doesn’t stop during a pandemic. For him, the role of the federal government is simple. Facilitate the rollout of doses, sure, but don’t knock on any doors. Leave it up to the individual whether or not to get vaccinated. Then it is a question of prudence, of weighing risks-vs-rewards. It is the conversation he had with his own father.

“My parents said to me, ‘Well Chip, what do you think?’” Roy recalls. “I said, ‘Dad, you’re 78. Mom, you’re 72. I think it is in your best interest to probably get the vaccine, even though it’s relatively untested, because the virus ain’t great if you’re 78.”

Philip Wegmann is the White House Reporter for RealClearPolitics.

He previously worked as a staff writer for the Washington Examiner and staff writer and radio producer for The Federalist. 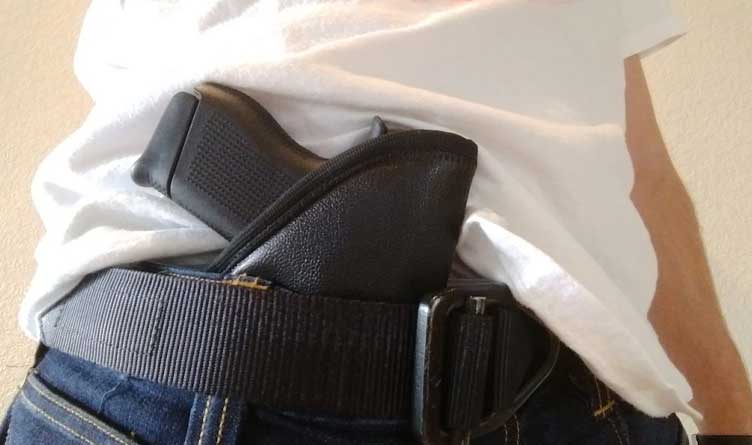 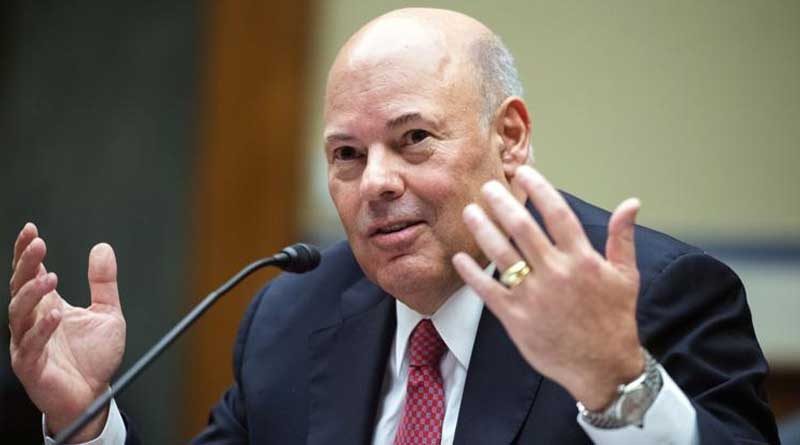 After Mail-in Election, Biden Must Deliver On Postal Reform