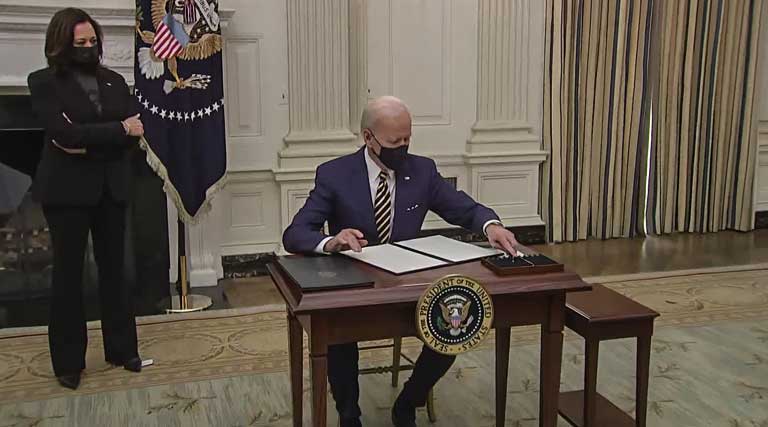 Joe Biden promised to dismantle Trump-era regulations by EO, many of which awarded us the fastest sustained economic growth in American history. Governing by executive order is bypassing the electorate, which further divides the nation and is tantamount to dictatorship. He laid the groundwork for a totally dysfunctional government for the people. The ultimate problem with executive orders is abuse. Politicians force-feed their political credenda on an entire nation.

In 1936, the Federal Register Act required documentation of executive orders. But due to the over-use of this privilege today, those considered to have “less general applicability or legal effect” are not recorded or documented. This is now the greatest threat to our democratic republican liberty.

The power at any level of government to issue emergency orders in the face of crisis is available to mayors, governors and presidents. It is a legal directive without legislative or judicial approval, and an edict by the head of a government’s executive branch considered for “crisis management only.”

It is the closest an elected official can get to totalitarian dictatorship in any democratic government.

Executive orders are a way to handle an immediate crisis developing so rapidly that taking time to obtain legislative or judicial approval is difficult. It was once used when there was no other way of properly governing. It was a first defense or last resort. Our founders limited this because:

Every President since George Washington has used the executive order. Washington’s first orders were for executive departments to prepare reports for his inspection; his second was an order creating the Thanksgiving holiday. Following presidents have made significant decisions via executive orders.

Abraham Lincoln justified the Emancipation Proclamation under his wartime powers by executive order. He was so fearful that it would be overturned by Congress or the courts after the war’s end that he proposed the 13th Amendment to make this edict a Constitutional provision. It passed and was quickly ratified.

“Be sure you put your feet in the right place, then stand firm.”

Franklin Roosevelt holds the record for the most executive orders, with 3,721. He issued the most infamous executive order in history. He forced Japanese-Americans and German-Americans into internment camps during World War II. It was not until 1988 when internees were redressed for FDR’s actions when Ronald Reagan signed a bill to give each surviving internee a check for $20,000.

Harry Truman’s executive order to seize and nationalize American steel mills during a labor strike was a watershed moment that defined the power of the president when he was invalidated by the Supreme Court in 1952. Justice Hugo Black stated. “No president can ever be a lawmaker also.”

In 1957, Dwight Eisenhower’s use of the executive order was the key in improving our Civil Rights. He put the Arkansas National Guard under federal control to enforce desegregation in Little Rock. This landmark executive order was the only clause in Eisenhower’s and his Republican Congress’ 1957 Civil Rights Act that U.S. Sen. Lyndon Johnson was unable to strip from that historic legislation.

Since FDR, the use of executive orders has been usurping the will of the people. The Constitution does not give anyone an “executive pen” enabling them to single-handedly write their party’s wishes into law. Despite this lack of constitutional authority, presidential directives have been increasingly used to promulgate laws and to support public policy initiatives that circumvent proper lawmaking.

It is a threat to our liberty to ignore the danger of this situation, simply because one might like the individual holding the presidential pen. It is hypocritical as well to reprobate any president from an opposing political party’s abuse of power, but ignore it when it is done by one’s own political party.

“If liberals didn’t have double standards, they wouldn’t have any standards at all.”

COVID-19 was used by state governments to issue EOs that were unsustainable and unnecessary.

After President Donald Trump banned most international travel and asked states to temporarily shut down some local businesses, blue states jumped on this to influence the 2020 presidential election. They arbitrarily mailed out ballots to everyone, without a plan to deal with this vast multitude of ballots. They also refused to open their economies until after the election, which was an abuse of power.

President Joe Biden called for national unity but has proven he has no interest in bipartisanship. He spent most of his campaign trying to appease the socialist left, and none reaching out to the half of America who supported Trump. His first day in office he touted a dubious mandate to fulfill a socialist and leftist wish list and pledged to do this through executive orders. And he signed 41 EOs in his first month.

If Joe Biden works at his current pace, passing law by fiat, he will set a record of almost 2,000 EOs in his only term in office. He signed 21 proclamations on Jan. 20, his first day in office.

Joe Biden promised to dismantle Trump-era regulations by EO, many of which awarded us the fastest sustained economic growth in American history.

This included the highest number of Hispanics and Blacks ever employed. Biden cut off work on the Keystone Pipeline and new permits for drilling for oil on federal lands. Overnight, Biden killed thousands of energy jobs and made the U.S. dependent on foreign oil again.

Biden reopened all U.S. borders to anyone who wanted to come to the U.S.; even those from known terrorist countries. He revoked a Trump policy that cracked down on communities shielding illegal immigrant from deportation. He revoked a regulation to deport all illigal immigrants who are felons and he increased federal labor’s power over management. Biden set a historic record for EOs signed in a week.

Richard Nixon said, “Watch what we do, not what we say.” Joe Biden has spoken out of both sides of his mouth his entire political career. Now he has changed his promise to unify the 50% of U.S. voters who voted for Trump faster than a Vegas Black-Jack dealer can snatch your paycheck.

History reveals that concentration of power in any nation’s top leader is the most dangerous threat to democracy.

Governing by executive order is bypassing the electorate, which further divides the nation and is tantamount to dictatorship. This is rubbing salt in the wound when you win by a scant 4% margin of victory! He laid the groundwork for a totally dysfunctional government for the people.

The ultimate problem with executive orders is abuse. Politicians force-feed their political credenda on an entire nation.

Joe Biden thus far is on track to be the biggest offender of the executive order privilege since Jimmy Carter, who holds the post WWII record, averaging 80 orders a year during one term. Executive orders in the hands of the far left are equal to giving matches to a pyromaniac.

We must always be aware of abuse of power in the hands of those we disagree with, and those we agree with also. Our duty as Americans is to protect each other from government. And above all, we must protect America from government.

“There now are more threats to American liberty within the 10-mile radius of my office on Capitol Hill than there are on the rest of the globe.” 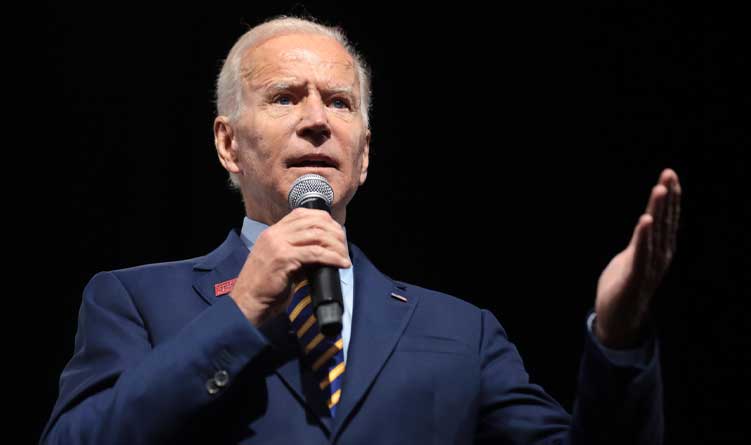 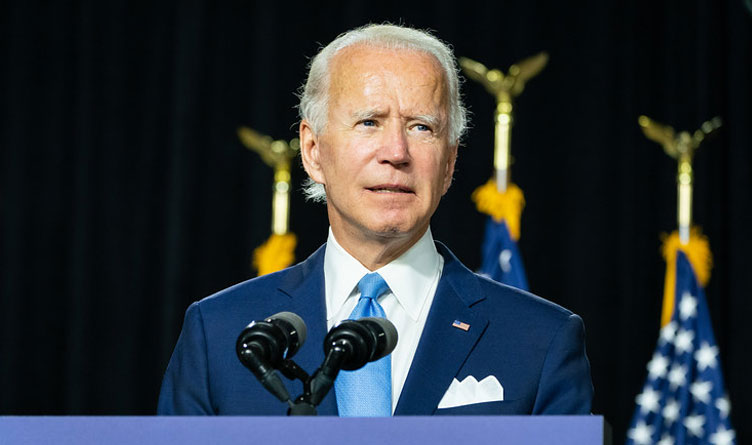 A Republic, But Only If You Can Keep It 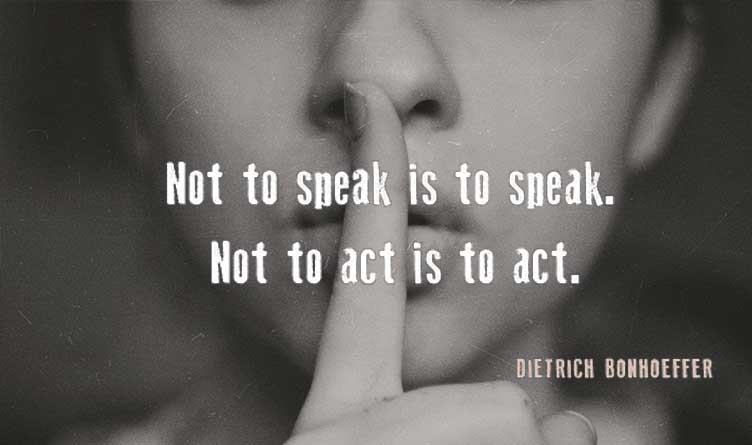 Not To Speak Is To Speak, Not To Act Is To Act